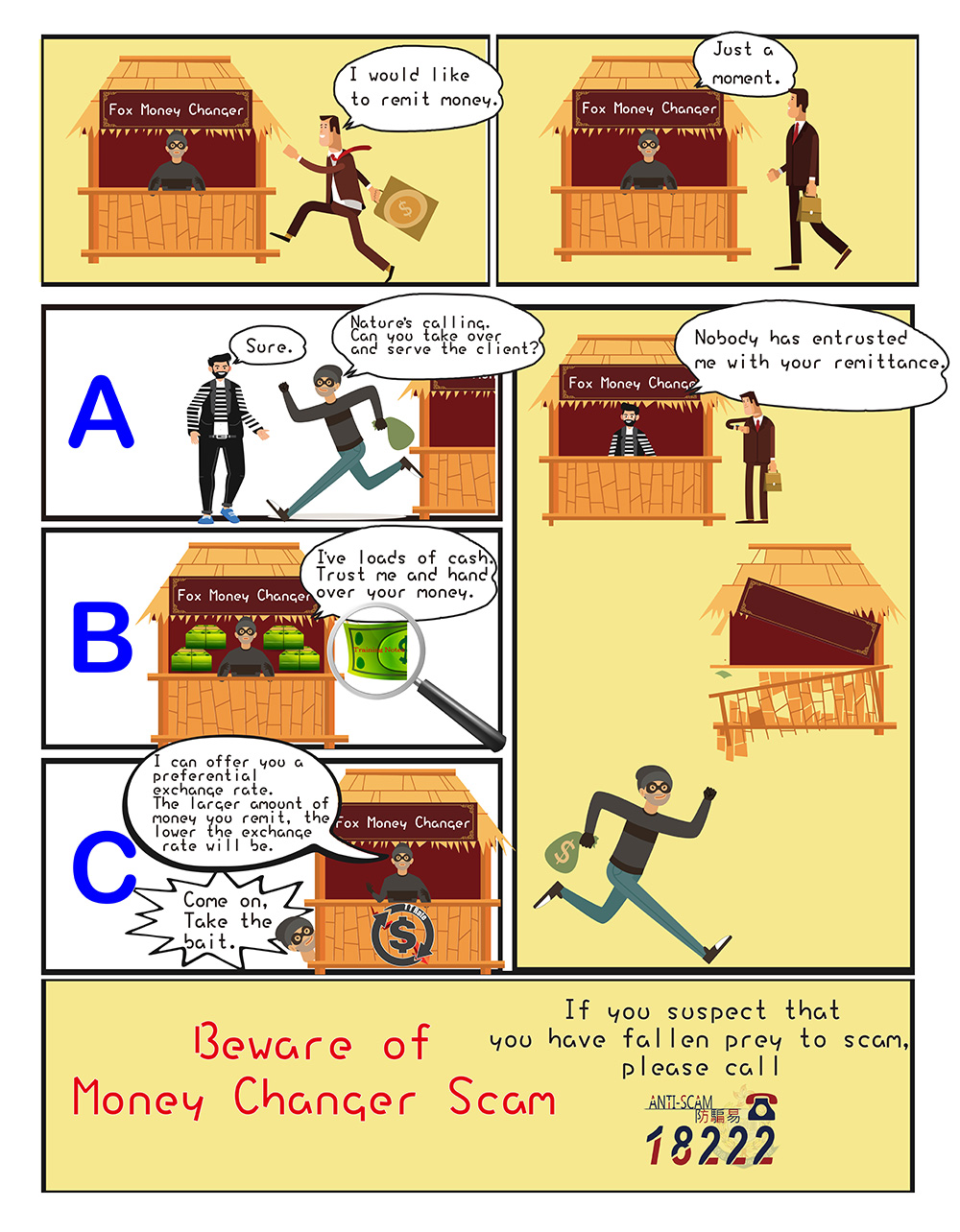 It has recently come to the Police’s attention that fraudsters have operated unlicensed money changers, using various pretexts to defraud victims during the money exchange process.

Nature’s Calling: After receiving the money for exchange from victims, fraudsters used various pretexts to leave while another staff continued to operate the shop. Victims did not realize the money was stolen until enquired the progress with the remaining staff who claimed innocent about the transaction.

Wealth-Flaunting: Recommended by friends or online media, victims went to the money changers operated by fraudsters who showed a large amount of cash to gain victims’ trust. Victims thus agreed to proceed with the money exchange transactions. However, the transactions were not completed and victims realised it was a scam. After investigation, the Police confirmed that the cash shown by fraudsters were “Training Notes” (Counterfeit notes).

Price-Cutting: After victims had patronised the money changers several times, fraudsters offered a preferential exchange rate to lure victims to make remittances of large amounts. Taking it for a special offer, victims handed over the money to fraudsters. Later, victims found that the transactions were not completed and realised it was a scam.